The Passing of a Grain of Sand through a Sieve 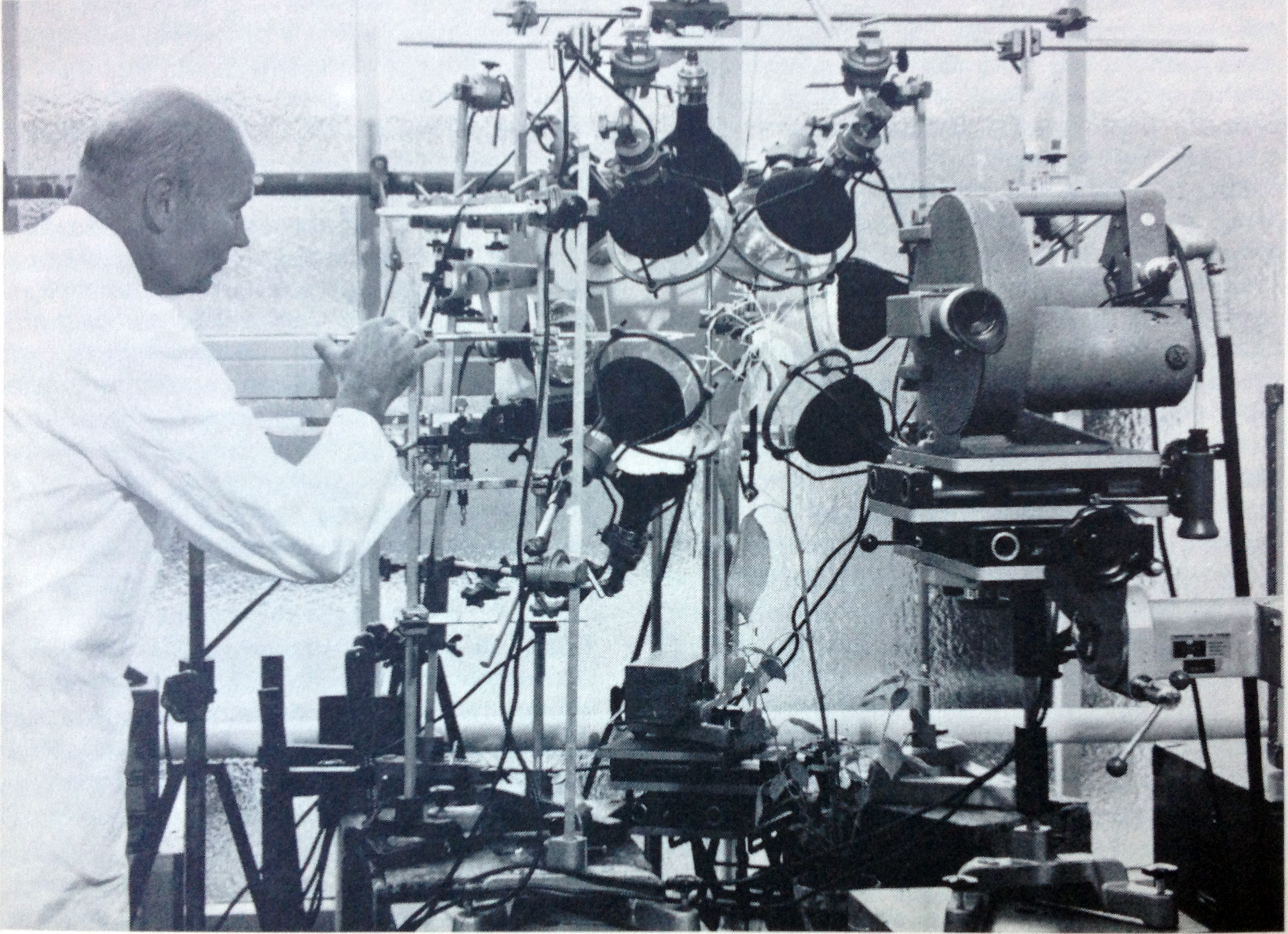 The passing of a grain of sand through a sieve, the currents of a riverbed, the ideal human somersault: These are typical subject matters of the scientific motion studies produced by the Institut für den Wissenschaftlichen Film (IWF). Until 2011, the IWF produced thousands of scientific research films to create a large archive of scientific films. These were to respond to pressing research question of the present, but also offer answers to questions which may arise in the future.

Andreas Bunte’s project Library for A-Scientific Film investigates this highly specialised film genre as a format for artistic production. Within the framework of his three-year research period as a fellow of the Norwegian Artistic Research Programme at the Academy of Fine Art in Oslo, Andreas Bunte has produced a number of films appropriating aspects of the explicitly anti-narrative method of filmmaking that the genre has generated. His artistic research project examines the filmic grammar and the conceptual underpinnings of scientific research film in terms of its proposed objectivity, as well as its connections to contemporary theory and the most recent developments in ethnographic filmmaking.

The exhibition The Passing of a Grain of Sand through a Sieve at Akademirommet and the Auditorium at Kunstnernes Hus marks the closure of Bunte’s work as a research fellow and assembles the films he produced during the research period. His most recent production „Safe Disassembly“, 2015, will premiere at the occasion. It was shot in a former ammunition production factory in the former GDR, which today deals with the careful dissection of cluster ammunition.

Rike Frank, associate professor of exhibition studies at the Academy of Fine Art, will give an introduction to the exhibition on November 16th.

A conversation between his supervisor, the Irish artist Gerard Byrne, and Andreas Bunte will be held on Monday, November 16 at 6pm.

The Passing of a Grain of Sand through a Sieve

by Andreas Bunte, fellow at the Academy of Fine Art, Oslo National Academy of the Arts

Artist Talk November 16 at 6pm
Introduction by Rike Frank, associate professor for exhibition studies at the Academy of Fine Art.
Conversation between Gerard Byrne, professor at the Royal Danish Academy of Art, and Andreas Bunte 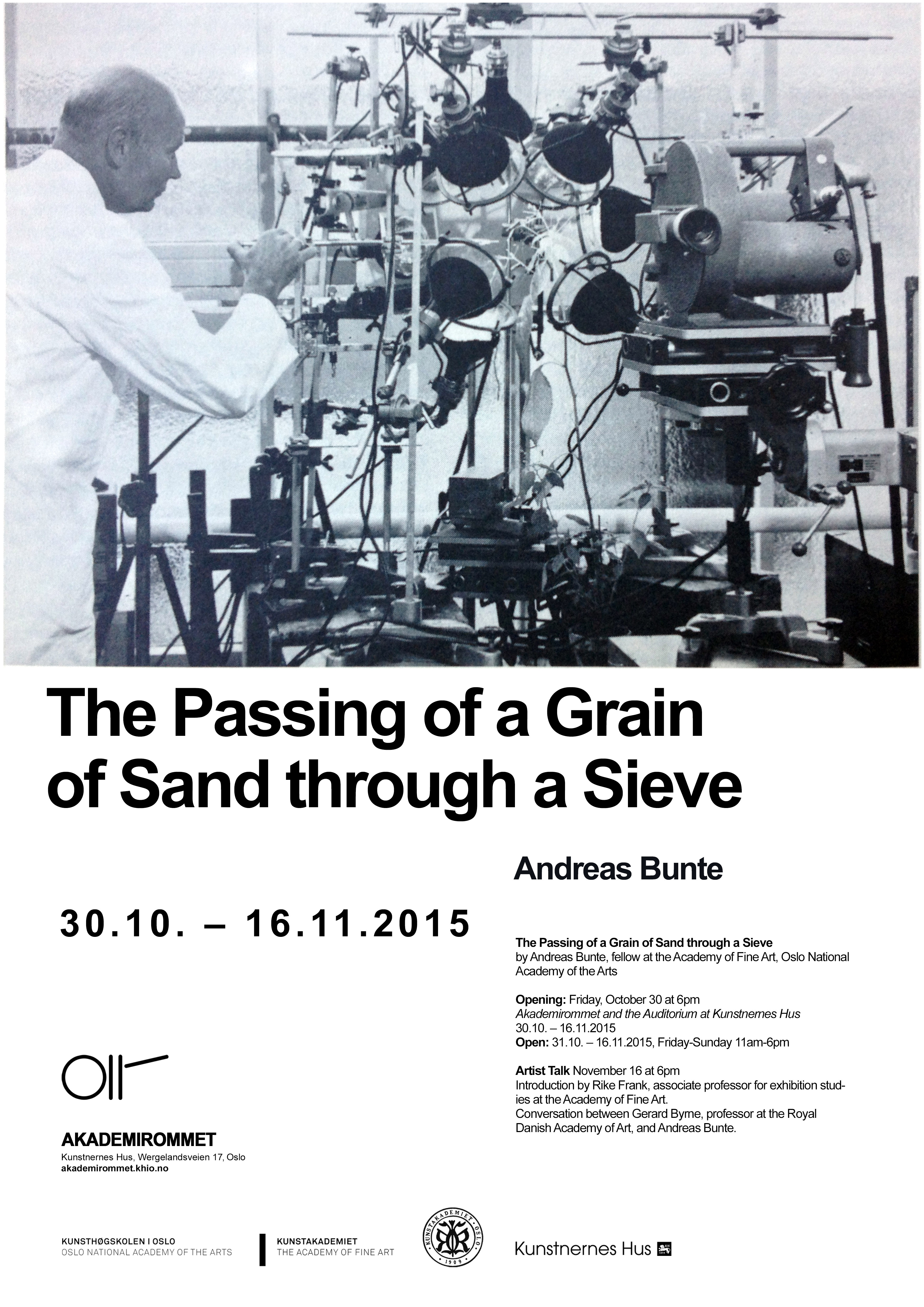 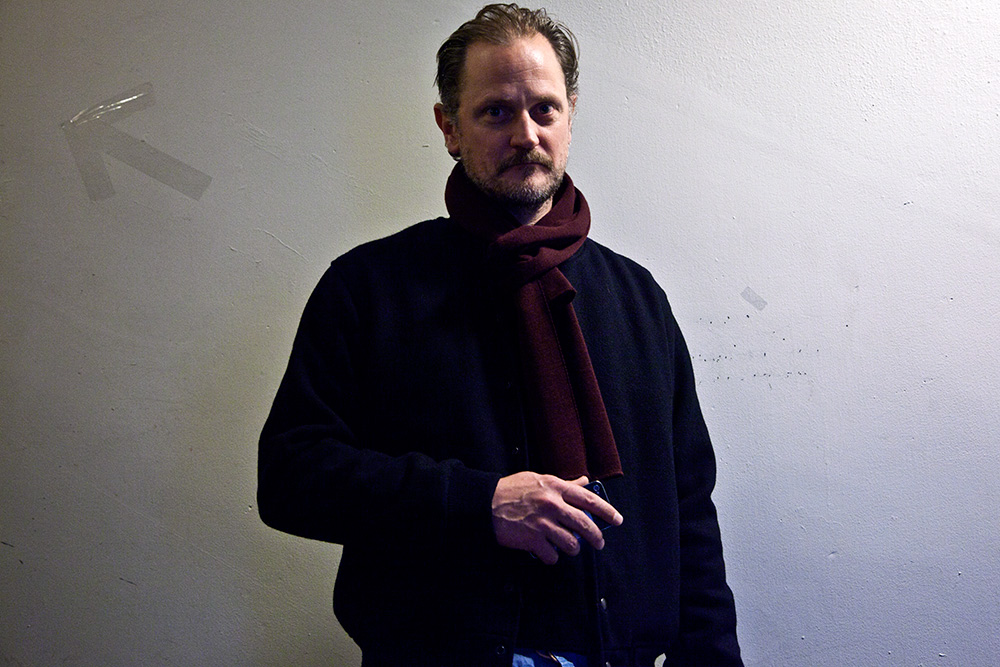 Andreas Bunte at the opening 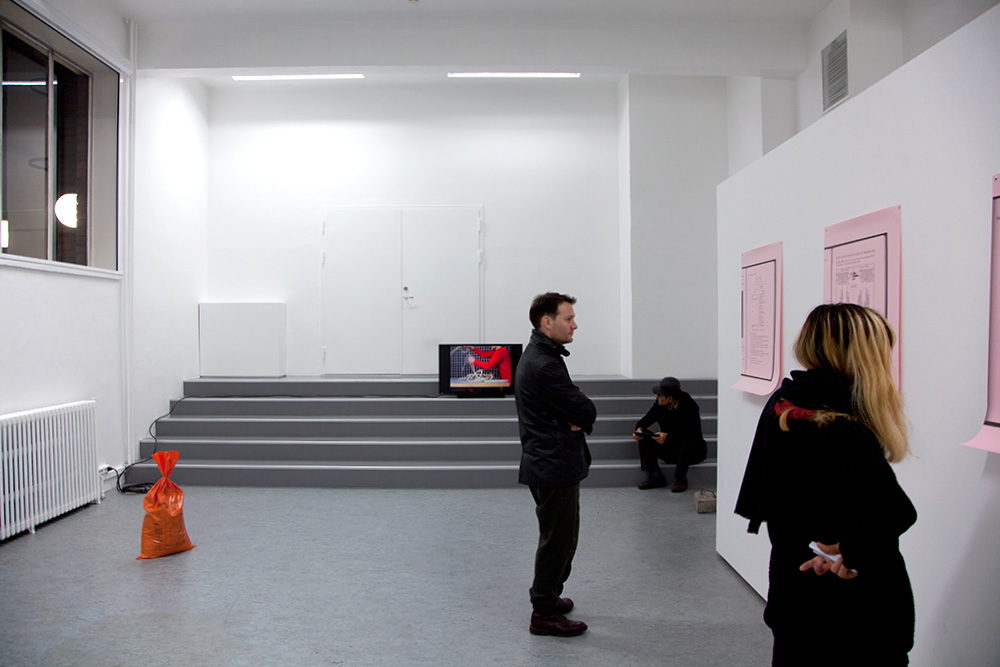 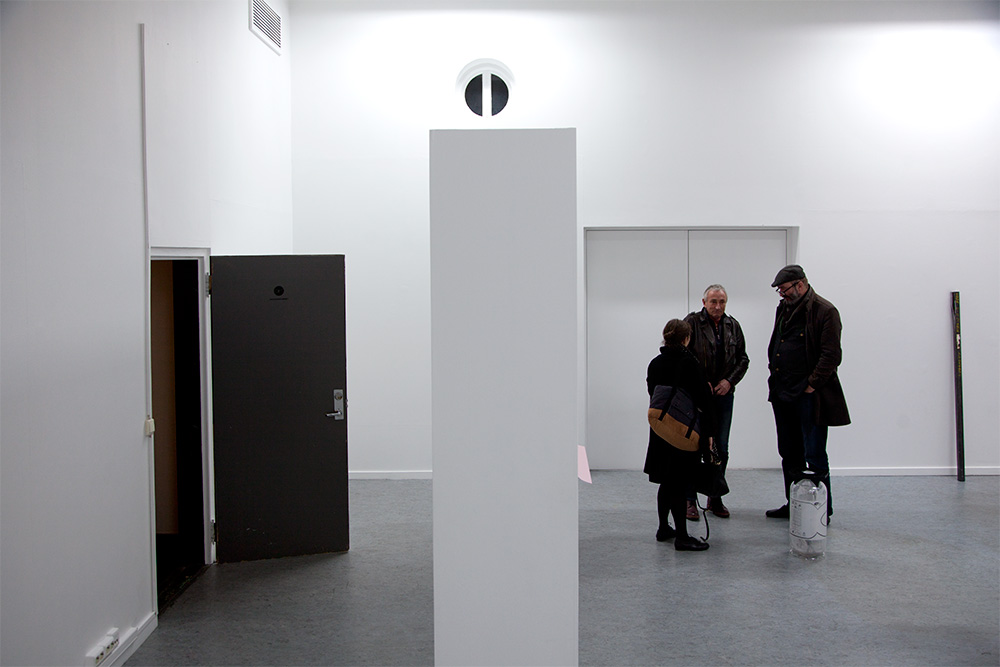 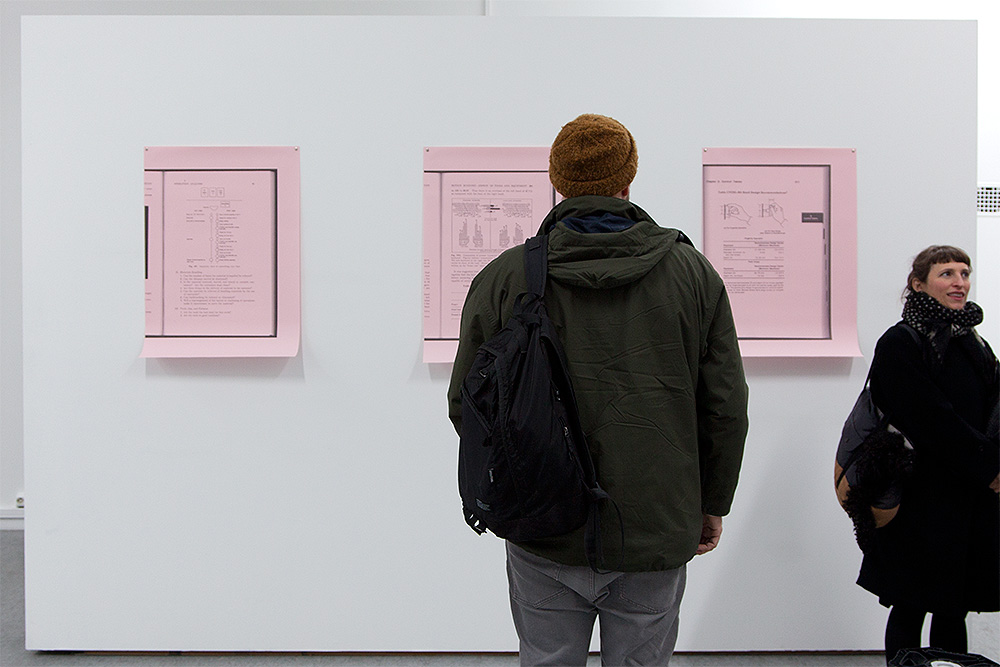 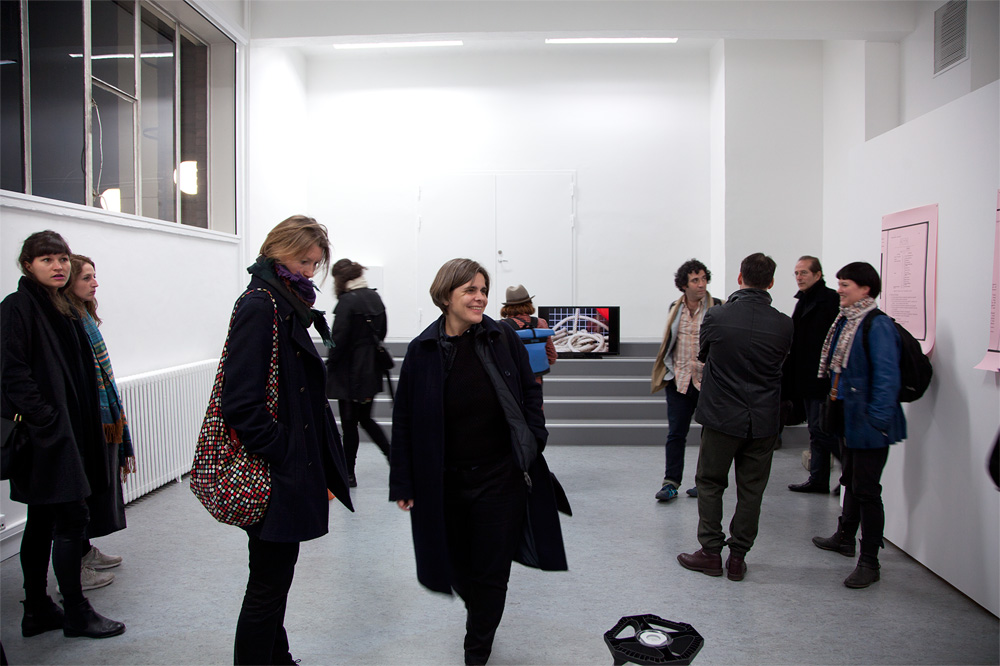 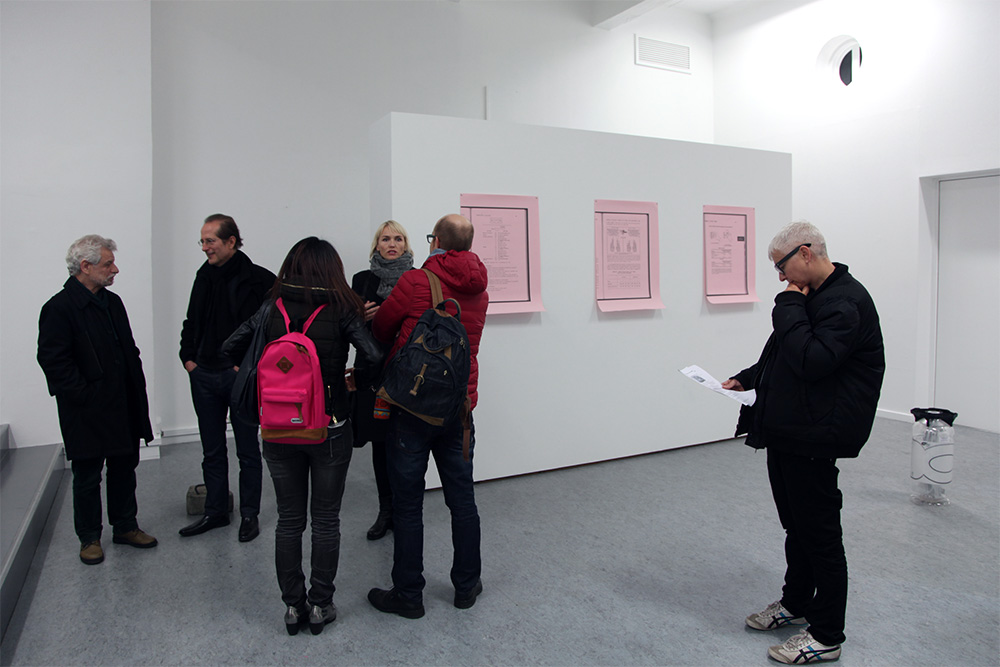 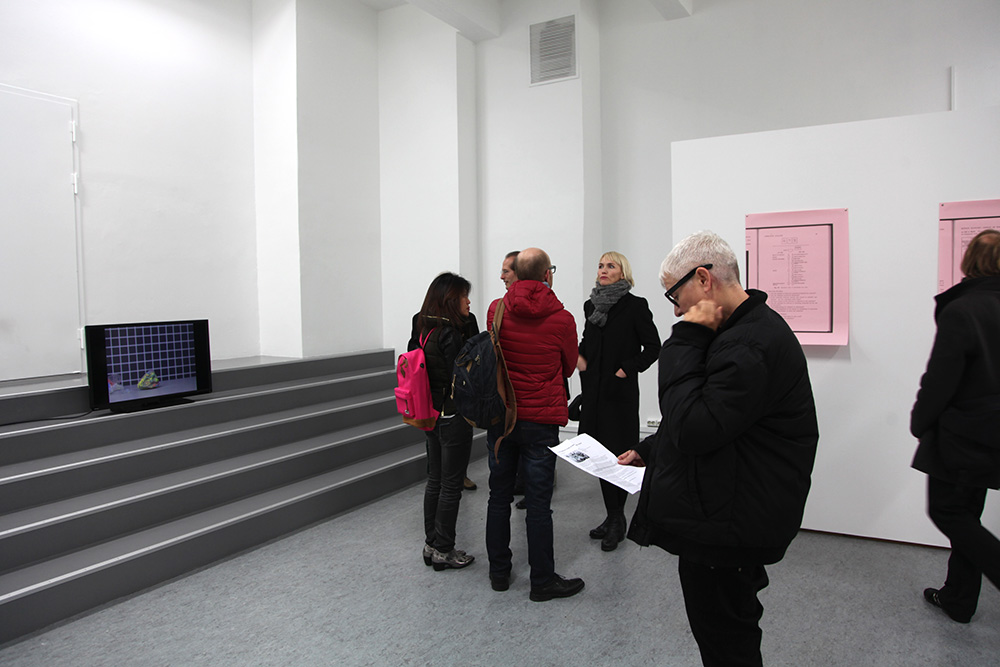 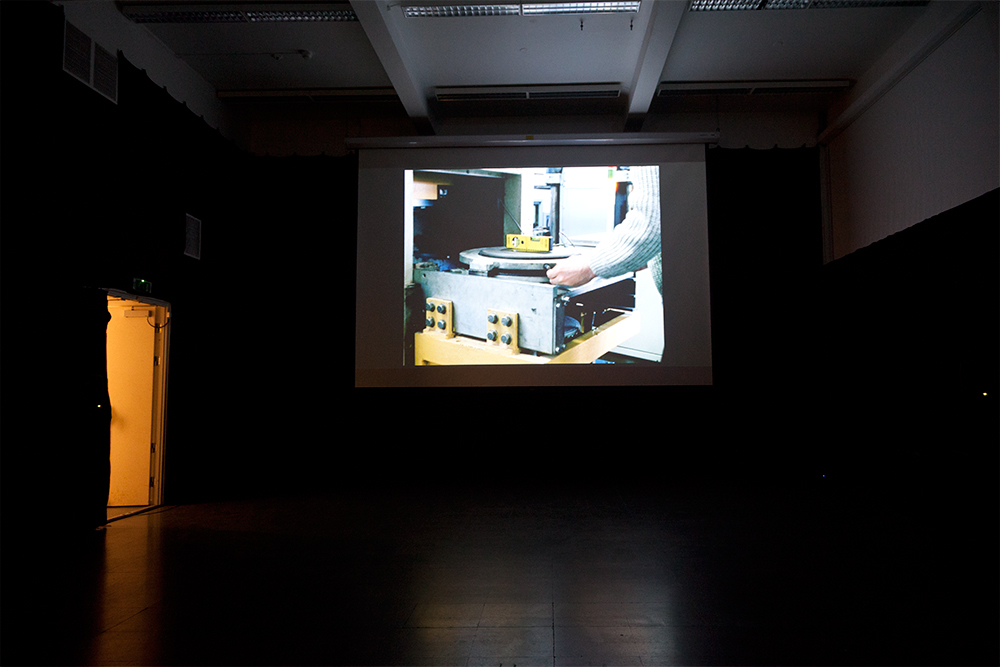 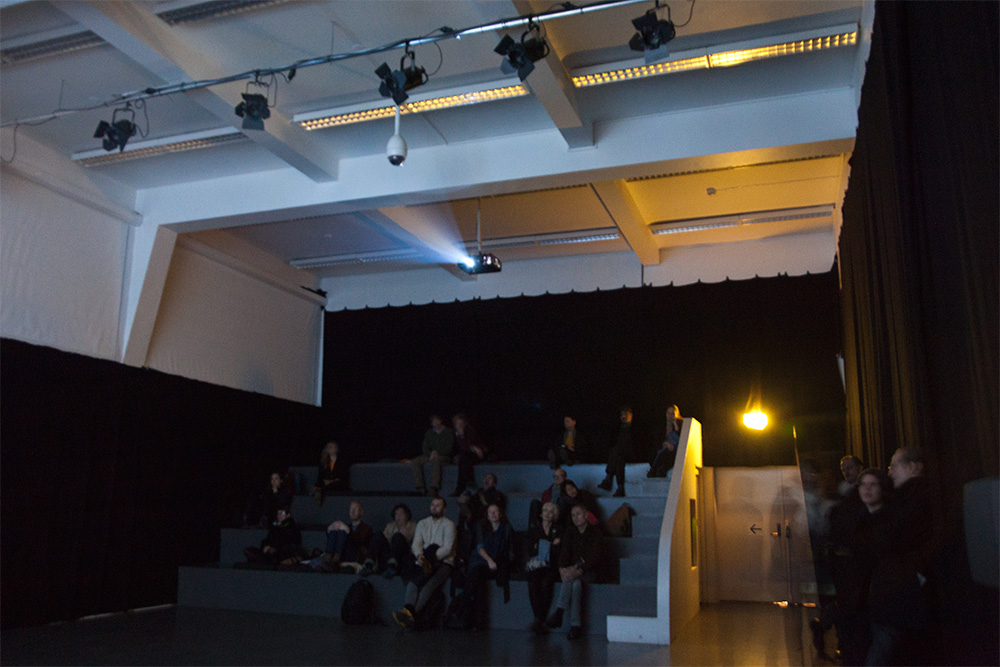