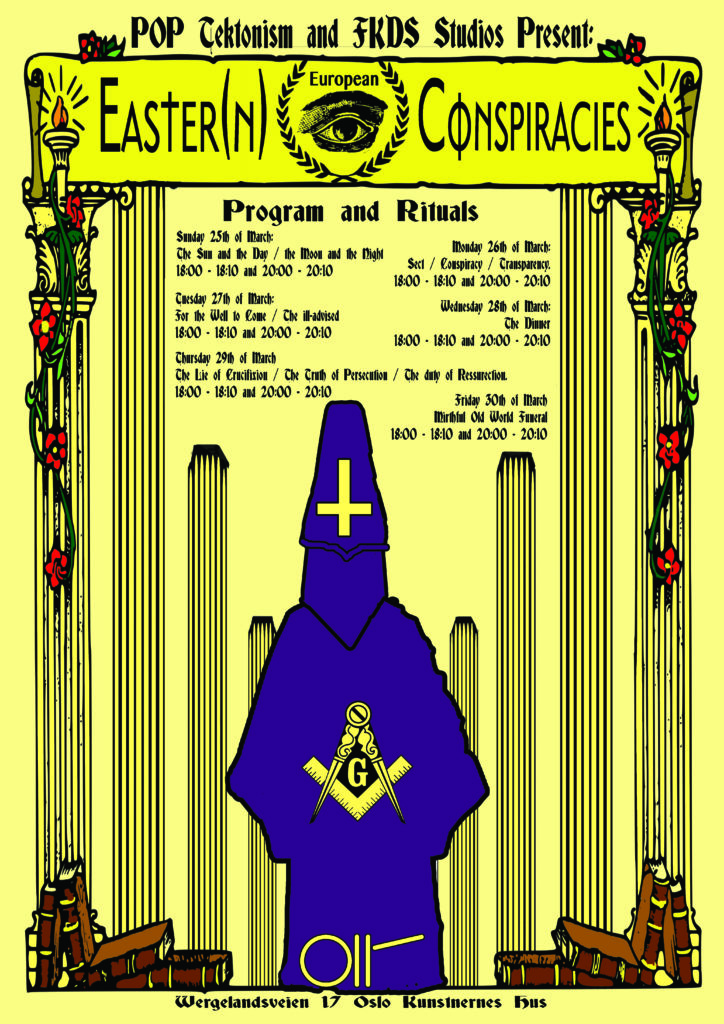 ‘’Greek crisis has been orchestrated by masonic foreign powers in order to destroy the
greek resisting natural-anticapitalist nation”, “Jews want to destroy European civilization in order to ruin and reign the whole universe”, “Immigration is the new weapon of Illuminati in order to flatten the racial diversity on earth. Masons are promoting LGBTQI+ rights in order to reduce the population on earth. “Higher governments are using chem trails in order to make the people feel happy and to not resist to the governments politics”, “Jews are behind every high power institutes”, “Holocaust has never happened”, “Masons invaded feminism in order to destroy the nuclear family values and to promote their dark ideology”
The aforementioned quotes and a lot more are butter and bread for people who are interested in conspiracy theories. Antisemitism, homophobia and racialism are the core of the conspiratorial ideological background. POP Tektonism (Lykourgos Porfyris) and Easter(n) European Conspiracies are responding with a subversive and affirmative “YES”!. Yes we want to degenerate western civilization!
Yes we want to destroy family values (issues)! Yes we don’t want racial purity! Yes we hate greek national resistance! (thats why we didn’t like Documenta 14) Yes we want Israel to exist! Yes we are Masons! Yes we are conspiring behind your back, without dignity, honor or purity! We are the new New World Order! Its about time to reveal our plans. On March the 25th – 30th is the time to consecrate our new traditions, our new faiths and our religions. This easter is ours. our conspiracies will be transparent for the very first time.
Easter(n) European Conspiracies is series of rituals held by the priest of the Τektonic Temple of Akademiromiet POP Tektonism. The ritual consisted of 6 performance 10 minutes each, separated in 6 days during the easter period. The rituals are welcoming the new New World Order and establishing conspiracy theories as a new religion and hope. POP Tektonism is inviting you to come along to pray and celebrate under the almost blind 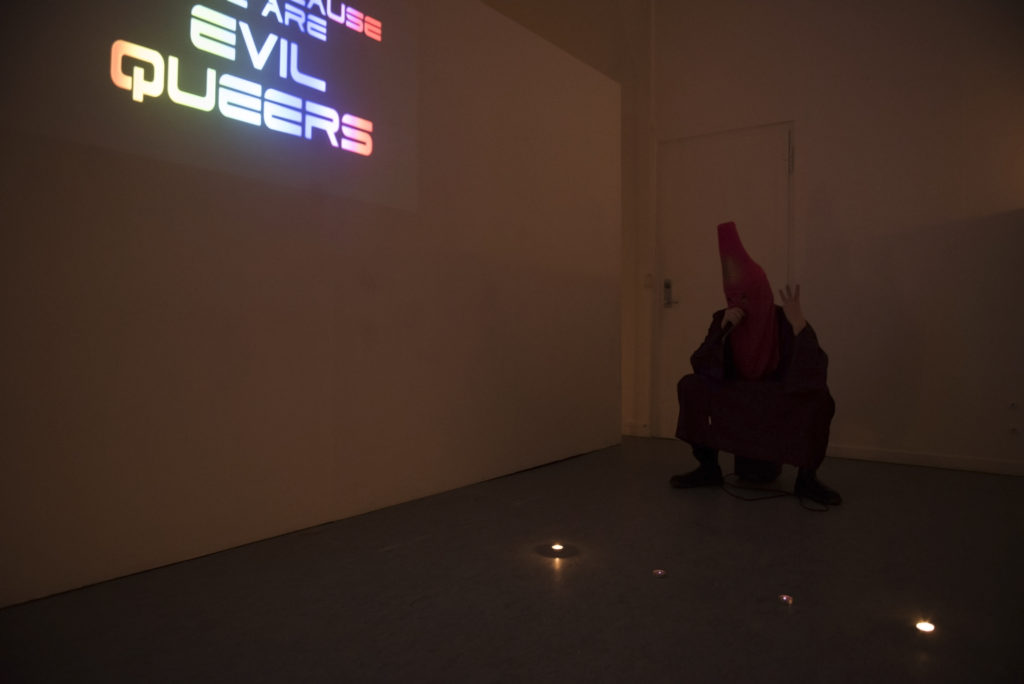 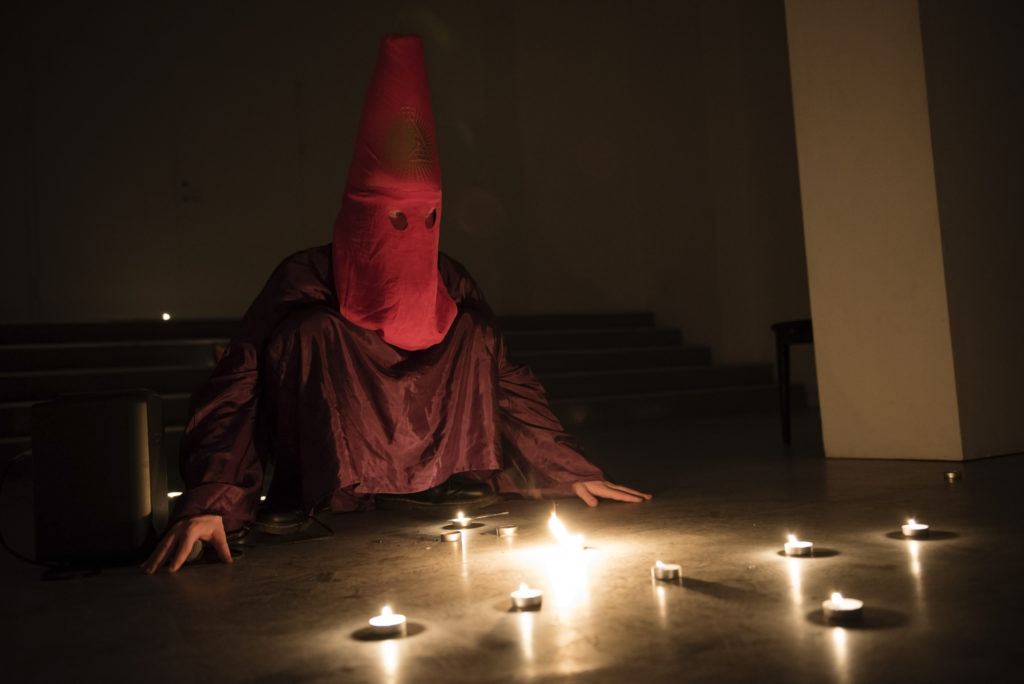 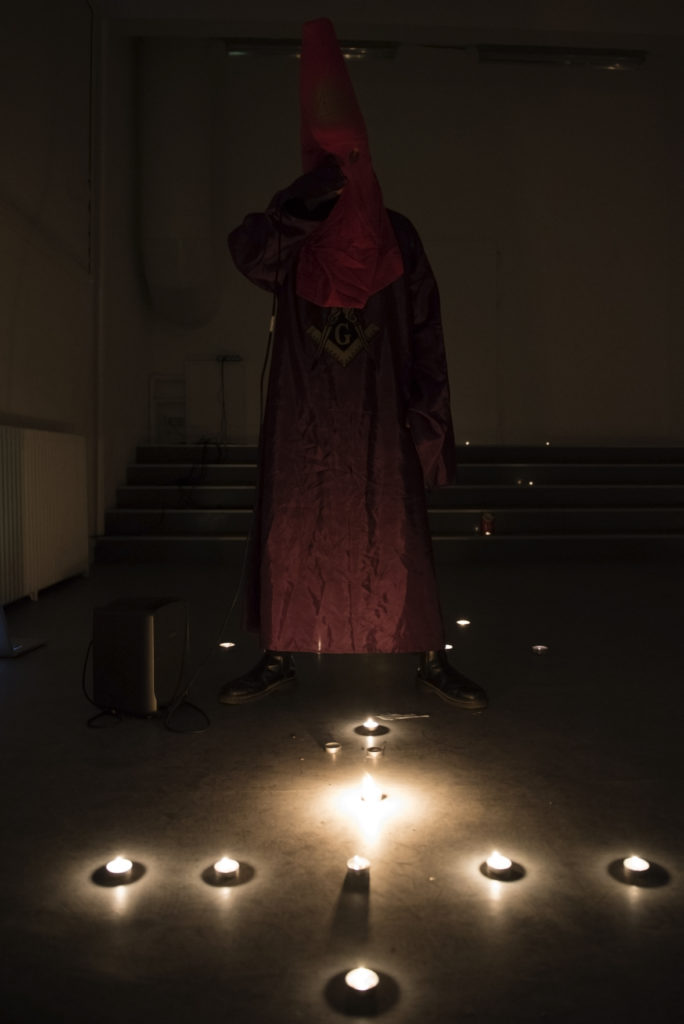 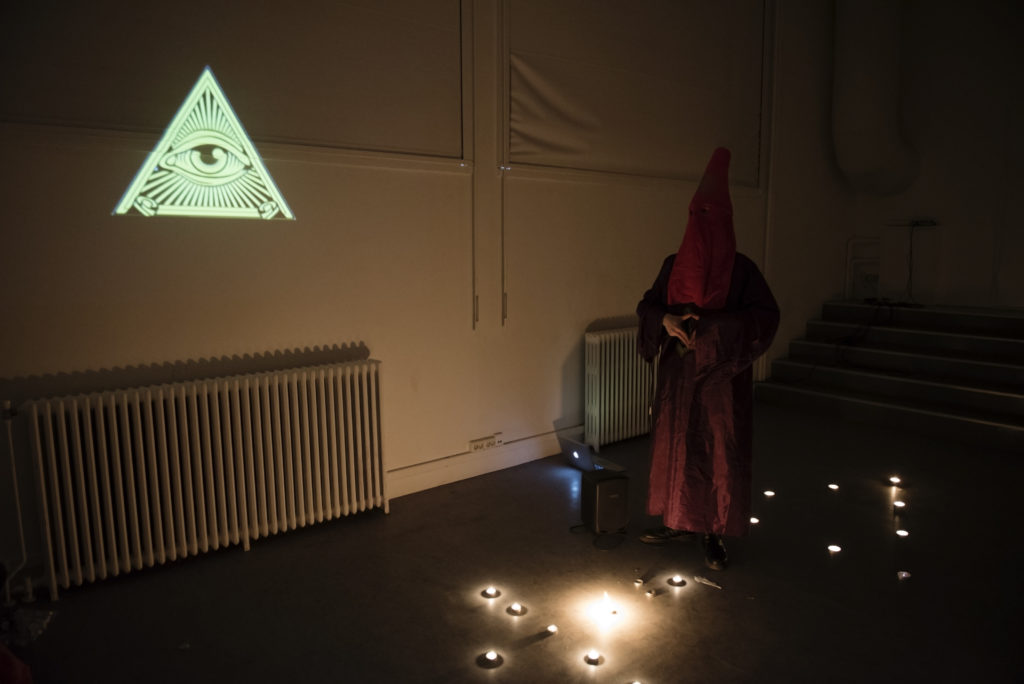 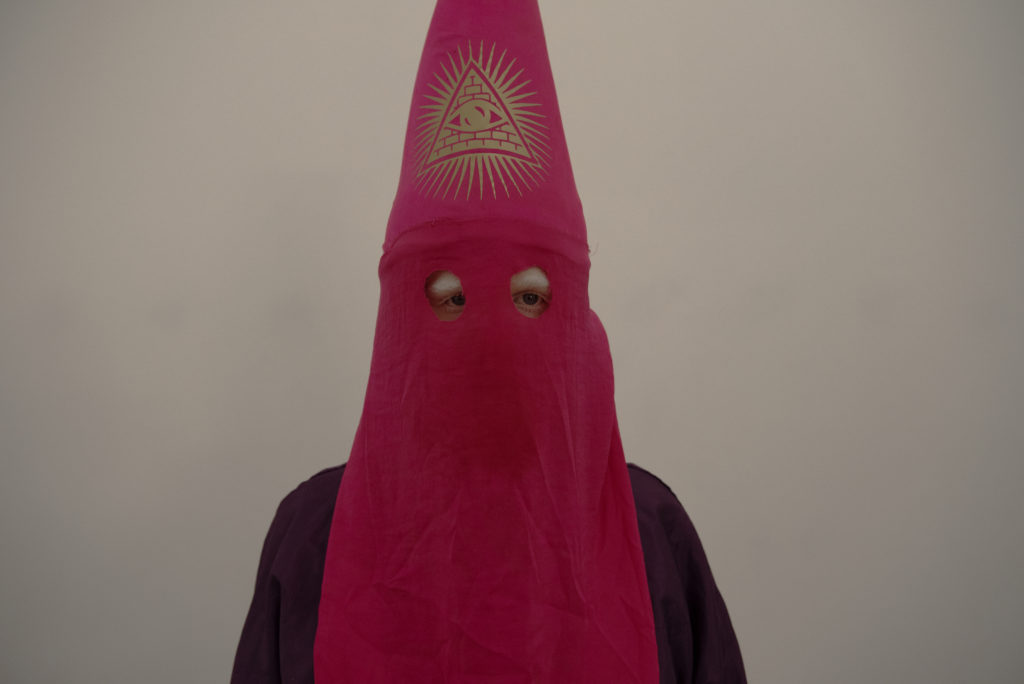