Oslo launch of twelve-inch vinyl record by Mattin and Hong-Kai Wang;
a performative presentation by the artists (with Mike Sperlinger)

When artists collaborate, they collapse themselves – or that would be the promise, at least. They see their practice reflected in someone else’s and they try to pass through the mirror. What Hong-Kai Wang and Mattin have attempted in this record, and these recordings, is to reflect on that process of reflection and to explore the possibilities of collapse.

Since December 2012, Hong-Kai and Mattin have been developing a dialogue focused on the material conditions in which they find themselves embedded as artists, using oral conversation as a formal expression. They started with a private one-hour conversation about their respective practices, which they recorded. Then in a sequence of live performances they incrementally layered their original conversation with more dialogues, all of which were duly recorded in turn, including the contributions (witting or otherwise) of their live audience. In the performances, both of them would listen to the previously recorded conversations on headphones, whilst simultaneously addressing the audience and each other in a sparse, ambiguously dialogic manner. The final result, which is not at all final, is a recording consisting of the four layers (temporalities) of conversations superimposed.

– Above excerpt from liner text by Mike Sperlinger

Collapsing Ourselves was written in Stockholm, on 28 March 2013 at EMS; and 30 March at KONSTAPOTEKET; in Z Space Taichung on 16 May 2013; and then at Noise Kitchen in Taipei on 18 May 2013. All the recordings were made on a ZOOM H4.
Collapsing Ourselves is published and distributed by Mount Analogue and Audio Visual Arts (AVA), 2014 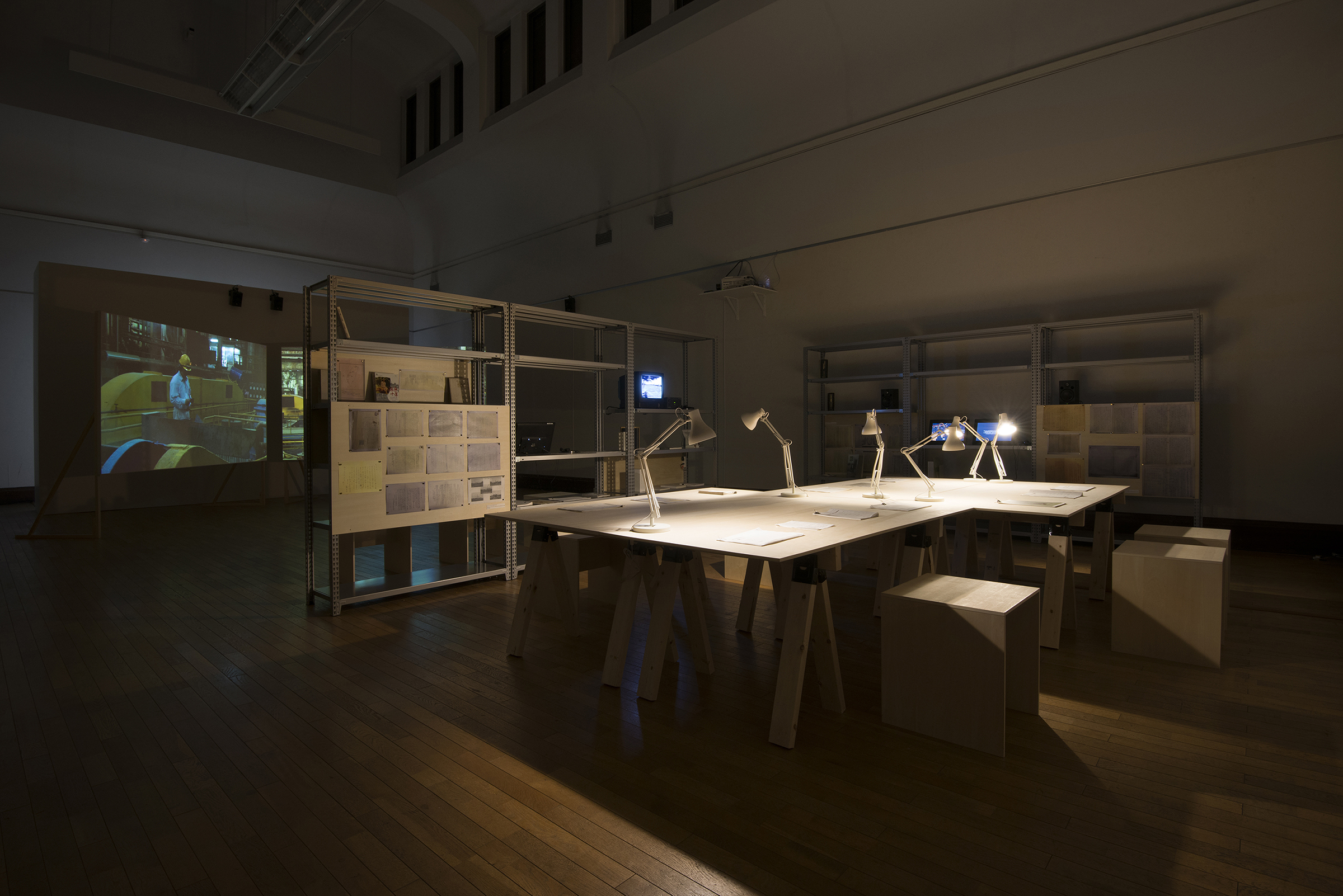 by Hong-Kai Wang, a presentation made within the framework of Saskia Holmkvist’s course I’m All Ears!!

The East Sugar Complex (ongoing) comprise a series of research-based projects which Hong-Kai Wang has been developing since 2010, revolving around and beyond the history of sugar in her hometown named Huwei in central Taiwan. Huwei was nicknamed as the ‘Capital of Sugar’ during the Japanese colonial ruling (1895-1945) of Taiwan.

The presentation will unfold the trajectory of research that involves listening, recording, discussion, and maybe even singing.

Mattin is an artist from Bilbao (currently living in Berlin) working with noise and improvisation. His work seeks to address the social and economic structures of experimental sonic artistic production through live performance, recordings and writing. Using a conceptual approach, he aims to question the nature and parameters of improvisation, specifically the relationship between the idea of ”freedom” and constant innovation that it traditionally implies, and the established conventions of improvisation as a genre. Mattin considers improvisation not only as an interaction between performers and instruments, but as a situation involving all the elements that constitute a concert situation, including the audience and the social and architectural space. He tries to expose the stereotypical relation between active performer and passive audience, producing a sense of strangeness and alienation that disturbs this relationship. He is currently doing a PhD at the University of the Basque Country under the supervision of Ray Brassier and Josu Rekalde. He has edited with Anthony Iles the book Noise & Capitalism and in 2012 CAC Brétigny and Tuamaturgia published Uconsitituted Praxis, a book collecting Mattin´s writing plus interviews and reviews from performances that he has been part of. Both books are available online.

Born in Huwei, Taiwan, Hong-Kai Wang is an artist and researcher currently based in Vienna and Taipei. She is a PhD in Practice candidate and part of the ‘Spaces of Commoning’ research project at Academy of Fine Arts Vienna. Her interdisciplinary practice is driven by a preoccupation with listening as research methodology, mode of collaboration, and pedagogical tool. Spanning sound work, video installation, performance, workshop and publication, her works are consistently concerned with organization of sociality and technology of questions, disrupting accepted geopolitical boundary of memory and given chronology, and complicating conception of knowledge. Wang has presented her work internationally at Parasophia Kyoto International Festival Contemporary Culture (Kyoto, 2015), Liquid Architecture (Melbourne/Sydney, 2014), Kunsthall Trondheim (Trondheim, Norway, 2013), Para Site (Hong Kong, 2013), Museum of Modern Art (New York, 2013), Iaspis (Stockholm, 2013), Arnold Schoenberg Center (Vienna, 2013), Leonard & Bina Ellen Art Gallery (Montreal, 2012), Taiwan Pavilion of the 54th Venice Biennale (2011), among others. 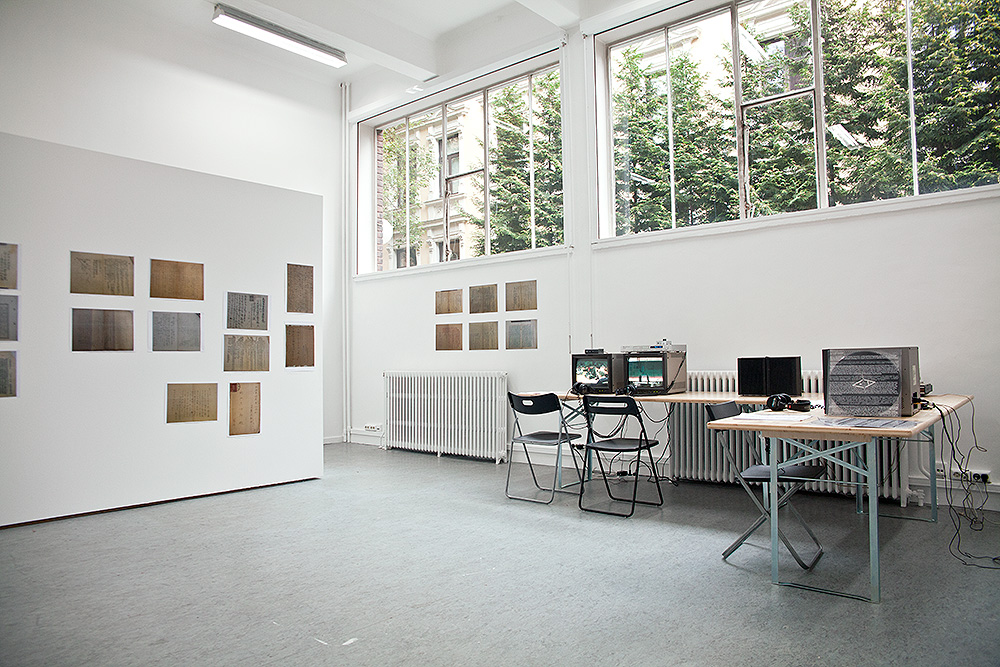 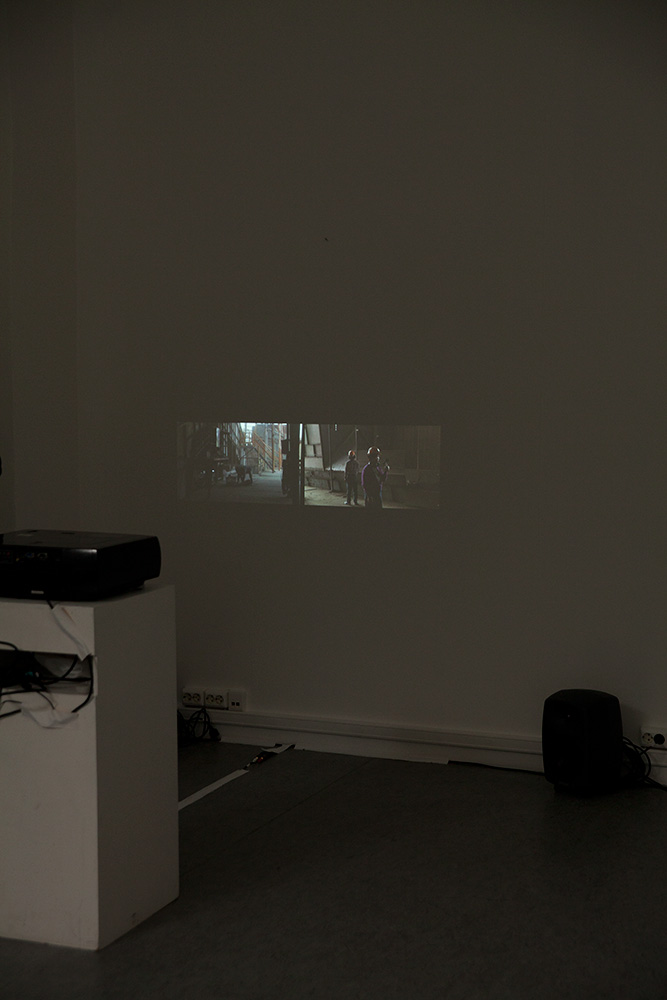 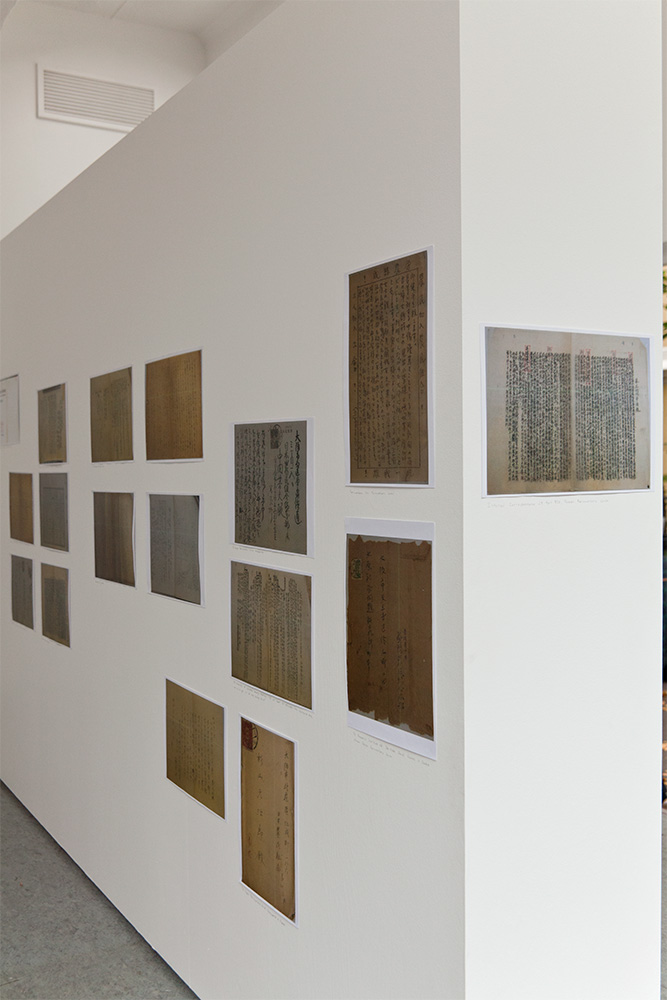 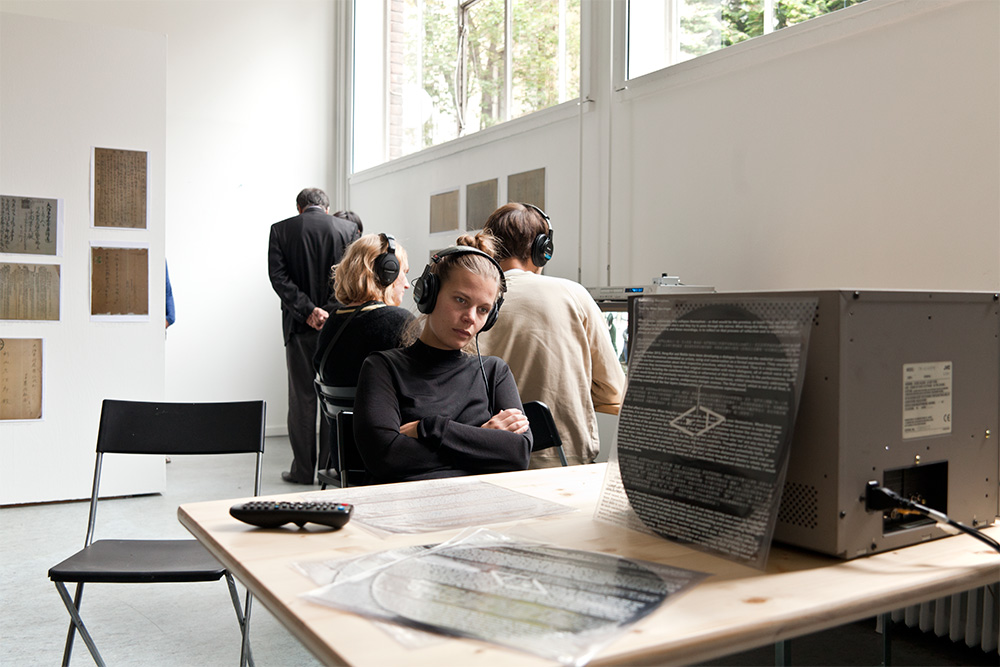 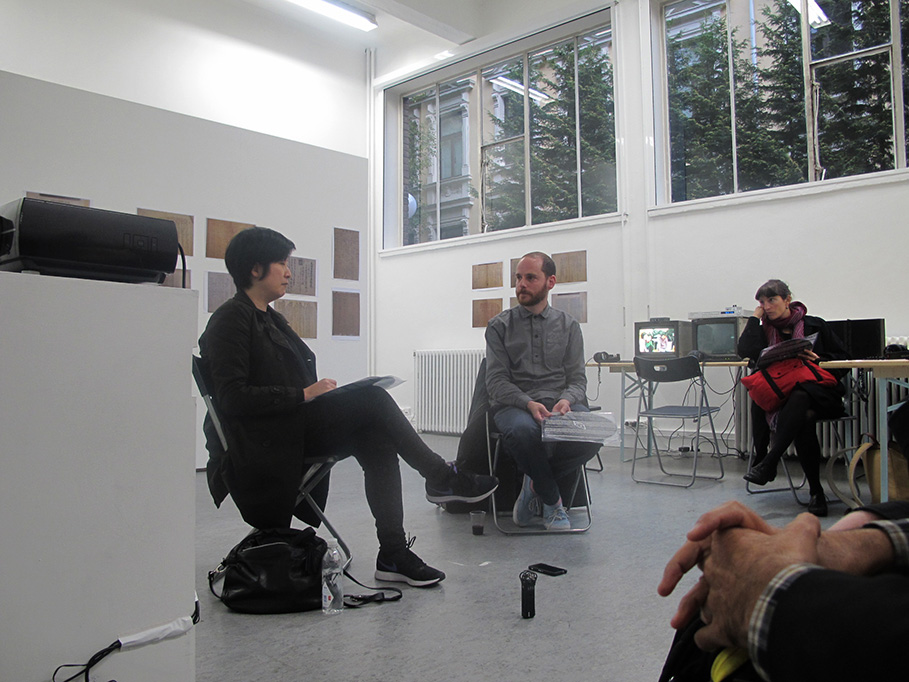 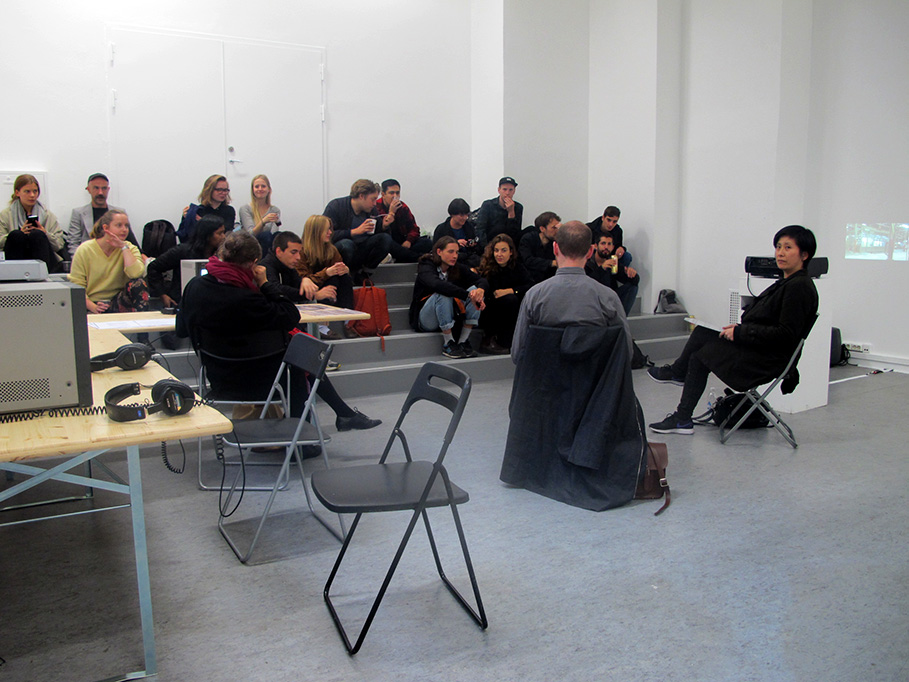 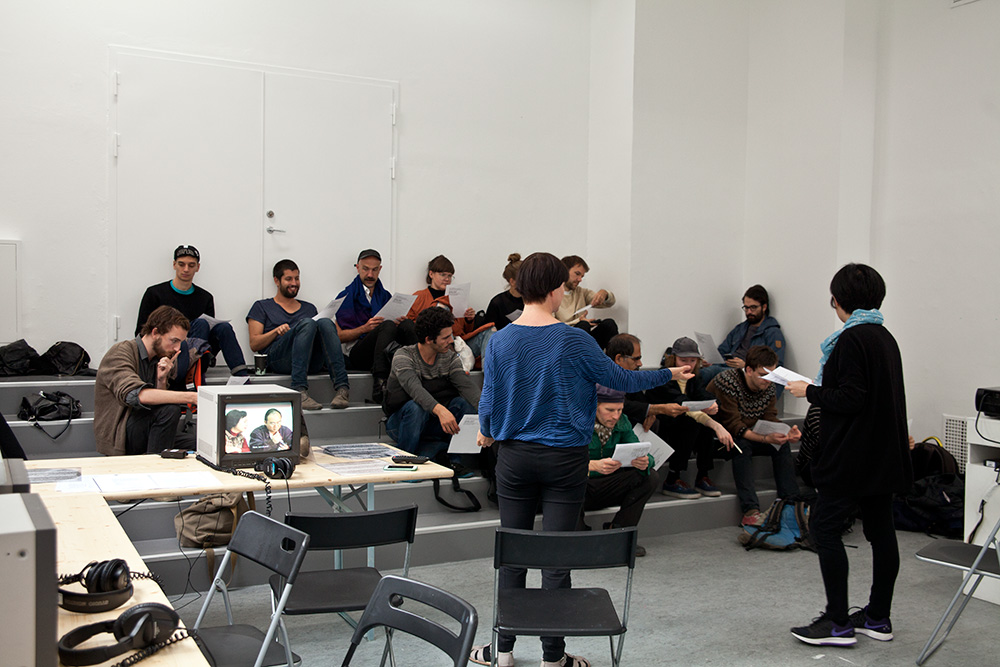