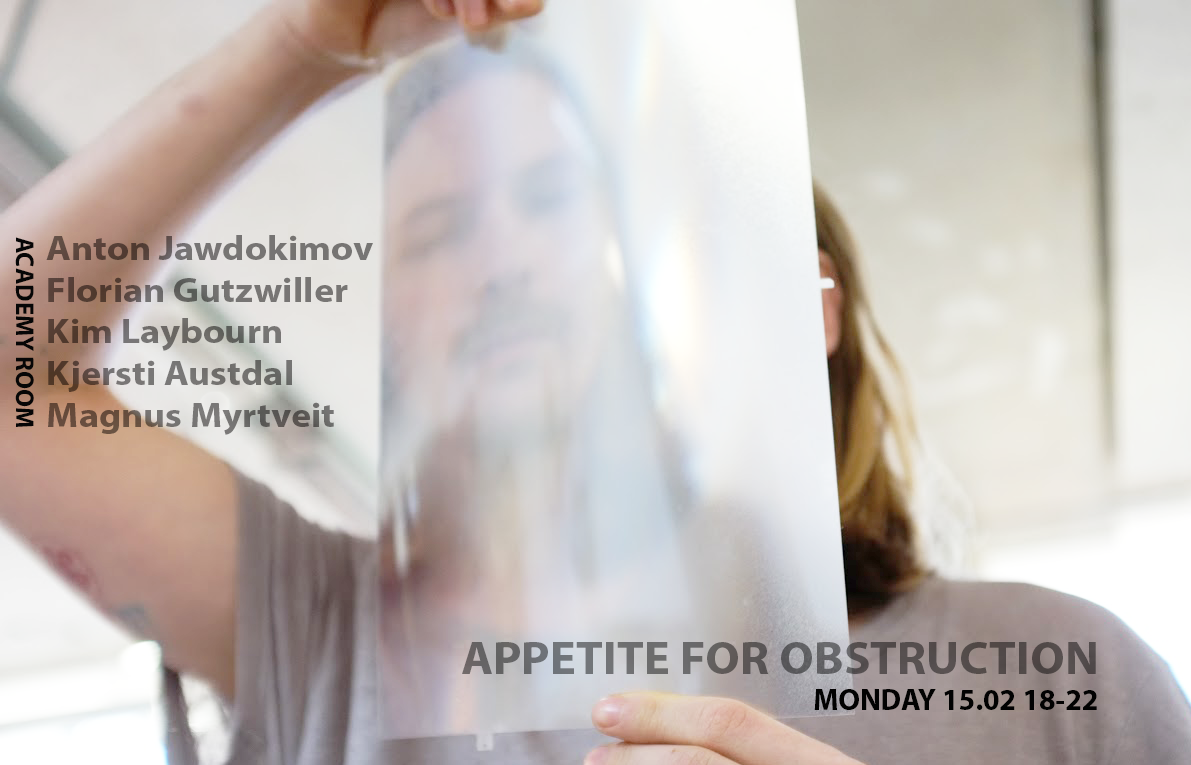 please help this is magnus, sculpture studio group two… it seems we have misplaced our contextual awareness and are adrift, lost in the contemporary post-modern reality. kim is stuck in a fetal position in the shower, i can hear his screams; “i need to go deeper”! the lights went out days ago, we’re running out of ideas. kjersti is raving on about clouds, “the cloud”, and membranous tissues. flo is trying to make a robot that pulls things. anton is nowhere to be found. i think there’s something on the roof, i can hear it lumbering around slowly, endlessly referencing philosophy. i’m afraid and i don’t know what to do apart from blogging about it on the post-internet. i tried to make a gif about it but nobody’s sharing. my website isn’t simple enough, there’s too much flair. i need hype.
everyone is doing their own thing and we’re running out of time. maybe if there was a way to work together, put our heads together and find some common ground? an appetite for obstruction, to dull the ego somehow… here’s a show about that.

Magnus has been sent into an uncontrolled, wild oscillation between attempting to paint intuitively and obsessively programming simple, colorful shapes
Kjersti is a magpie instinctually collecting weird beautiful shiny grimey objects to build nests in her studio
Anton delves deeper into sound and occasionally prints vibrational portraits from obscure concepts of the self
Kim is indulging in the role of an archetypal melancholic male artist from which we are sure there will emerge poetic luminant musings on the nature of …………something
Florian is a soldering steampunk-arbitrarily functional device addict who gets his buttons pushed quite a lot if lucky

The exhibition is part of the Sculpture Studio workshop at Kunstakademiet in Oslo.